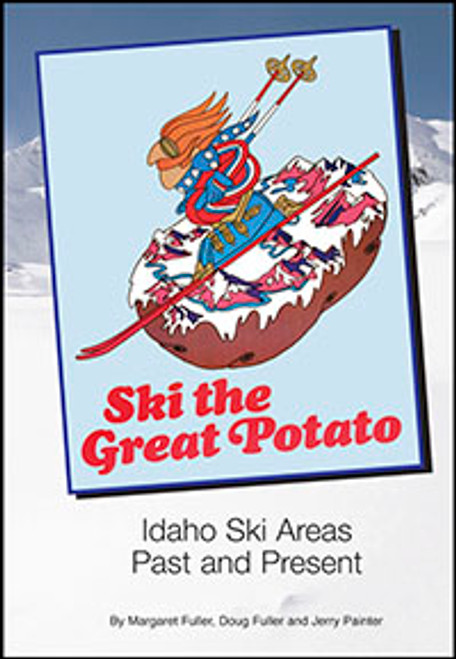 In Ski the Great Potato you'll find the histories of the 21 current Idaho ski areas and of 72 historical or "lost" areas. The book gives the basic facts about each area and how it started, and it includes little stories of some of the people who skied at each one. There are stories of stolen snow plows, an exploding stove, and a young woman who on a very cold night froze to the seat of a porta-pottie.

Our research uncovered the amazing determination of the few men and women who started Idaho's ski areas, especially the ones in remote areas. A 13-member Lions Club built a ski area from scratch, including buying a used Pomalift from a bigger ski area. When cement trucks couldn't drive up its steep hill to pour the foundations for the towers, they used a backhoe bucket and shovels to mix the cement by hand. Then they hauled an old schoolhouse 20 miles on dollies to the base of the lift for a lodge. Another area converted an old chicken coop. One early ski hill was run by boy scouts who used horse-drawn toboggans as ski lifts.

In April 2014, Ski the Great Potato won a Skade Award from the International Skiing History Association for the best books on ski history published in 2013.  In Skiing History magazine,  reviewer Tom West wrote, “Ski the Great Potato opens with a fascinating account of the Eastport-Kingsgate ski jump that was located right on the Idaho-British Columbia border. The jump opened in 1928 and had an in-run in the United States, with the jumpers landing in Canada.”