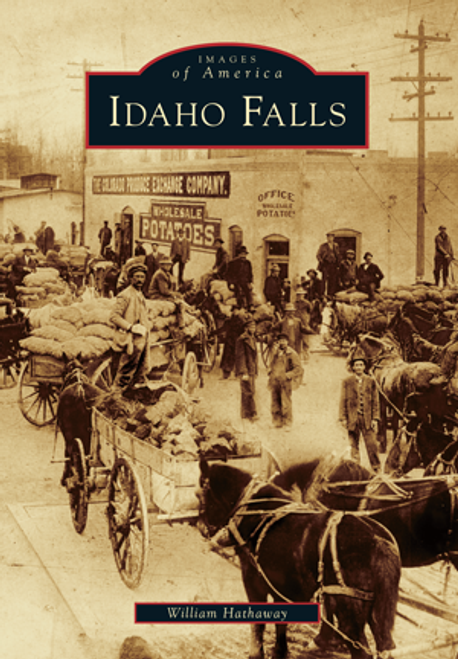 Idaho Falls began as Taylor's Crossing; a wooden toll-bridge over a narrow spot on the Snake River along the Old Montana Trail. By 1883 it became known as Eagle Rock as the town now housed miners, railroad workers, and bullwhackers. When the railroad pulled up stakes following a freak windstorm, the town nearly died. Anticipating the creation of the new state of Idaho, the town reinvented itself to attract farmers to the area's wide-open spaces by changing the name to Idaho Falls. Since then, Idaho Falls has gone from rowdy cow town to a modern-day center for energy research.

William Hathaway is a fourth-generation eastern Idahoan with ties to much of the city's history. He led the 125th-anniversary history project for the Idaho Falls Post Register.